We don’t have any dumb bunnies

Posted by Kismet on August 8, 2020 in Uncategorized 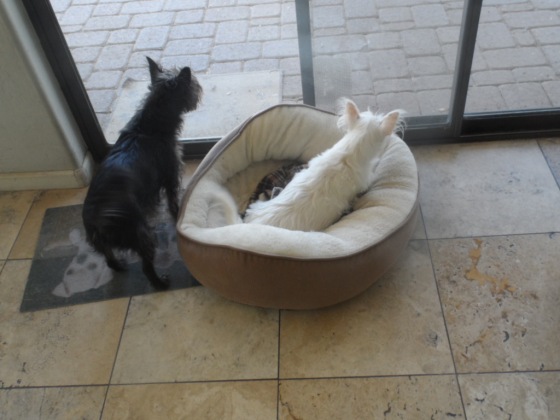 There was a lot of barking going on this afternoon. I couldn’t take it so I ordered the peep to see what was the matter. 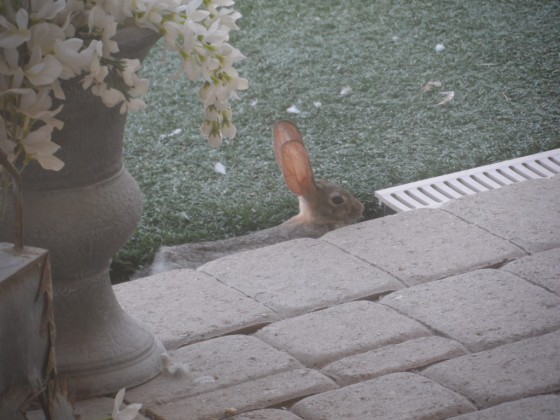 Posted by Kismet on July 26, 2020 in Uncategorized 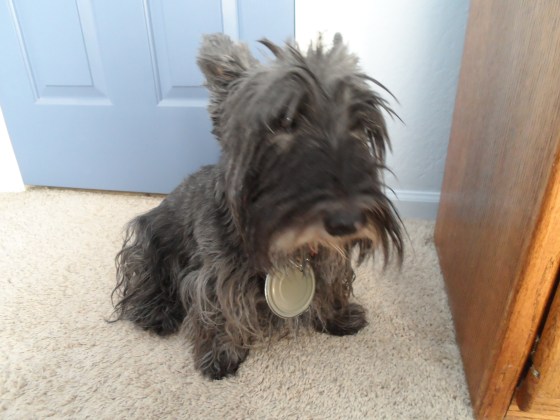 You would have turned 18 today if the big “C” didn’t get to you almost 6 years ago.  You are still the only non-peep  to know everyone that ever lived in this house. You are the biggest foodie ever and this picture has you wearing your Food Critics award. We hope that you’ve left enough food for the other residents of the bridge. We all miss you big time.  Yes, there is another time besides  dinner time.

Do you want to hear a shaggy dog story?

Posted by Kismet on June 17, 2020 in Uncategorized 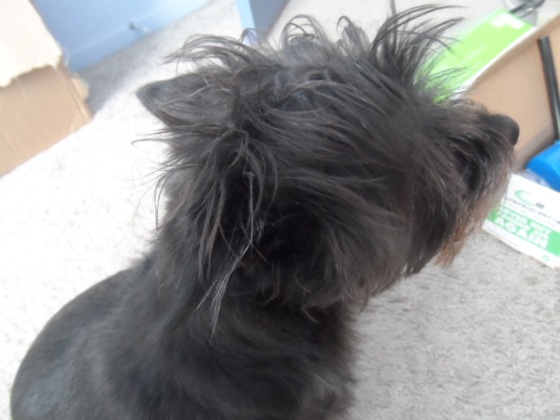 Posted by Kismet on June 11, 2020 in Uncategorized

Klutzy me. At some point I must have dropped a sunflower seed. Believe me, it isn’t on purpose-I don’t wast sunflower seeds. It was a disaster that I knew nothing about. Now, the seed has sprouted and I have many seeds instead of just one. I think I’ll become a farmer. 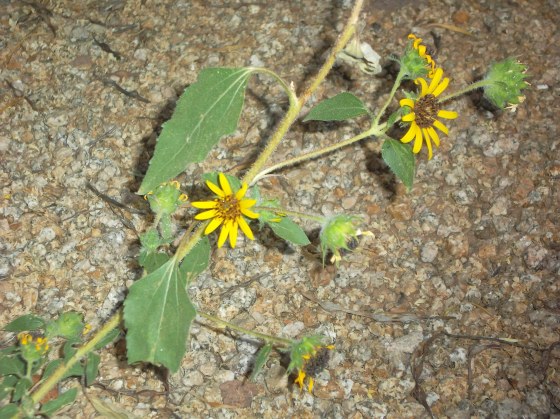 When I last communicated with you..

Things were bad. Bur no more, the wind went the other way  and WE had no problem  We got the following from a friend who was in the direction that was getting the brunt of the fire, we dot this today

We got in today the house is OK all of birds survived we lost all the buildings we had on our East Side of the property they were basically a barn in coupler sheds  Where safe and trying to recuperate
All birds are OK!  That works for me
Permalink
10 Comments

We are a little under siege. With temp in the 110’s F and a fire 25 miles away with some of our friends evacuated, we’re doing this on the SQUAAAAWK (not the cheap,

Update: We lucked out. The wind blew the fire away from us. We could smell the smoke, however.

lady goes to her parish priest one day and tells him, “Father, I have a problem. I have two female parrots but they only know how to say one thing.” “What do they say?” the priest inquired. “They say, ‘Hi, we’re prostitutes. Do you want to have some fun?'” the woman said embarrassingly. “That’s obscene!” the priest exclaimed, “I can see why you are embarrassed.” He thought a minute and then said, “You know, I may have a solution to this problem. I have two male parrots whom I have taught to pray and read the Bible. Bring your two parrots over to my house and we will put them in the cage with Francis and Job. My parrots can teach your parrots to praise and worship. I’m sure your parrots will stop saying that…that phrase in no time.” “Thank you,” the lady responded, “this may very well be the solution.” The next day, she brought her female parrots to the priest’s house. As he ushered her in, she saw his two male parrots were inside their cage, holding their rosary beads and praying. Impressed, she walked over and placed her parrots in with them. After just a couple of seconds, the female parrots exclaimed out in unison, “Hi, we’re prostitutes. Do you want to have some fun?” There was a stunned silence. Finally, one male parrot looked over at the other male parrot and said, “Put the beads away, Francis, our prayers have been answered!”

Late one night, a burglar broke into a house that he thought was empty. He tiptoed through the living room but suddenly he froze in his tracks when he heard a loud voice say: “Jesus is watching you!” Silence returned to the house, so the burglar crept forward again. “Jesus is watching you,” the voice boomed again. The burglar stopped again. He was frightened. Frantically, he looked all around. In a dark corner, he spotted a bird cage and in the cage was a parrot. The burglar breathed a sigh of relief, then he asked the parrot: “What’s your name?” “Clarence,” said the bird. “That’s a dumb name for a parrot,” sneered the burglar. “What idiot named you Clarence?” The parrot said, “The same idiot who named the Rottweiller, Jesus.”

The point is that some of our friends in Cave Creek have been evacuated. We don’t think that will happen to us but we’re getting prepared and including our dogs and bird. in our preps,

Posted by Kismet on May 8, 2020 in Uncategorized 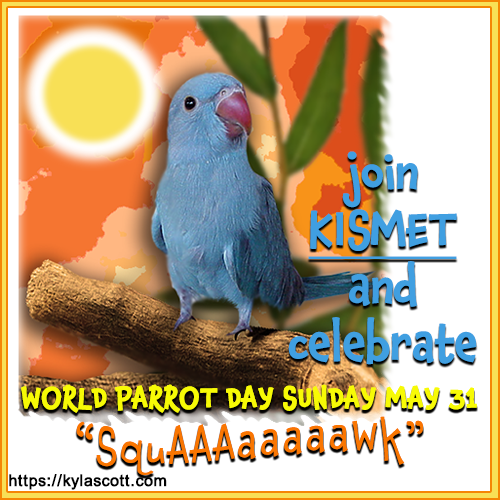 You aren’t required to social distance. the bird flu was soooooo a few year ago.

Thanks to Ann of Zoolatry for the artwork. My efforts come out looking like chicken scratching, however I do Jackson Pollock on the cage floor in the true parrot method..

Posted by Kismet on May 1, 2020 in Uncategorized

We’ll start off with the KPB (Kenzie Pi$$ing bush) which Kenzie used to fertilize with his wet fertilizer. 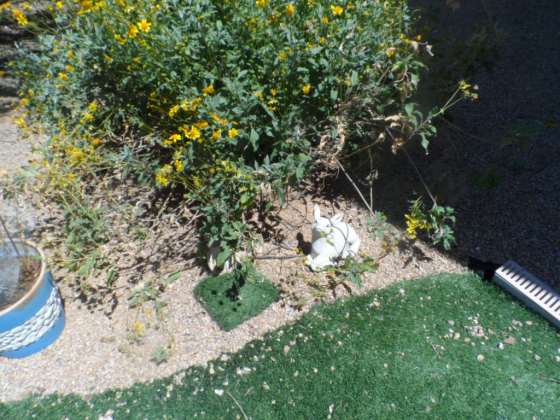 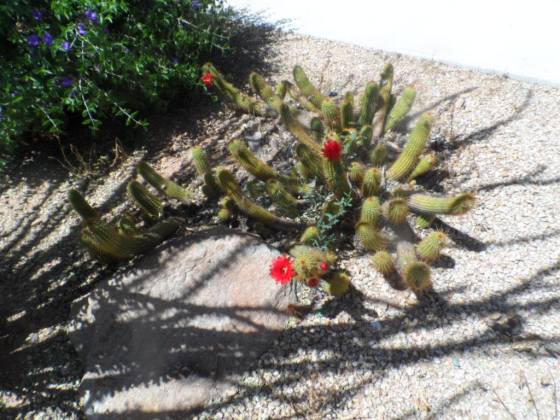 and the huge Argentine Giant (at least the flowers are giant) 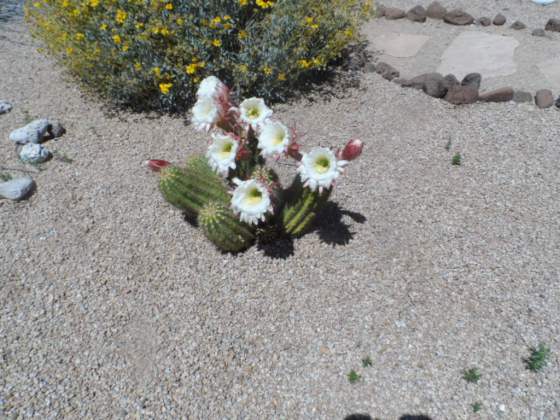 Posted by Kismet on April 16, 2020 in Uncategorized 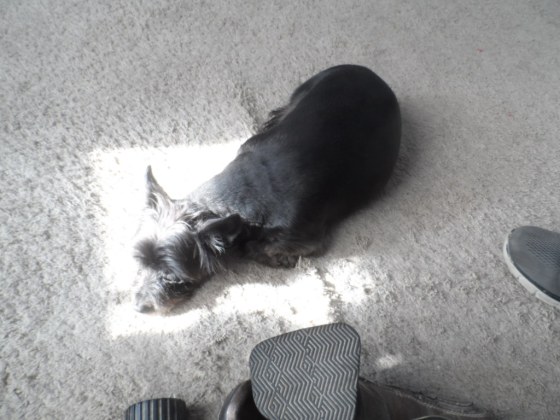 We’re joining Bella, Roxy and Dui’s Isolympics. The spirits of Kendra and Daisy moved Kali to expend a lot of energy in sunpuddling.

Posted by Kismet on April 9, 2020 in Uncategorized

Thank goodness, Bernie dropped out of the Presidential race. The last name was giving me nightmares 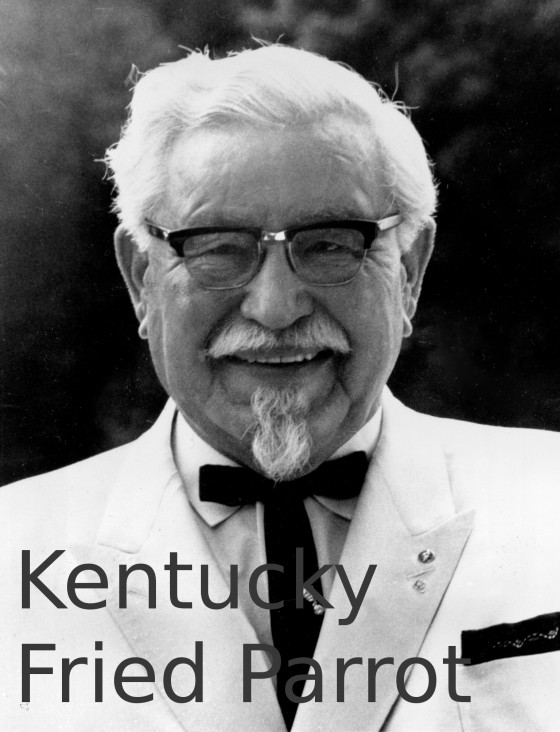