Posted by Kismet on July 15, 2012 in Uncategorized

They’ve been following this blog since it started, but yesterday they commented. It took Kenzie’s condition to get them to bark at us. Since their peeps are related to our peeps, that makes us related, right? Here they are: 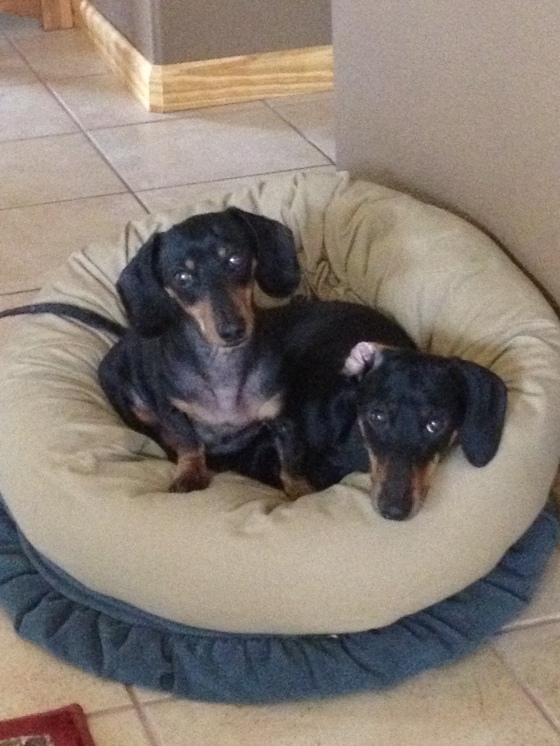 Bandit is the one with both flaps down and Digger has one flap down and one flap up. They’re fortunate to live in a house that has 20 acres of land to patrol. We last saw them here in Arizona last May and we went to visit them in Montana in August 2010.  We’ve known Bandit for a while-he’s actually older than I am (gotta have someone older around-I believe I’m now the oldest Scottie in blogville and I’ll be 10 in less than 2 weeks). Sweet William the Scot should know that Digger has a similar leg problem and he doesn’t let it bother him either. When the four of us get together, there isn’t a silent moment until we’re all exhausted. We just bring each other’s peeps along so we can watch them interact, make certain they don’t eat anything strange and don’t kill each other. It takes all four of us to accomplish that.

Kenzie update He is eating about the same and is no worse. His activity level is up but he’s not gaining weght. He participated in scaring the pool monster away, which is his favorite activity but he’d forgo anything to do that. He isn’t sleeping as much and seems a touch more alert. 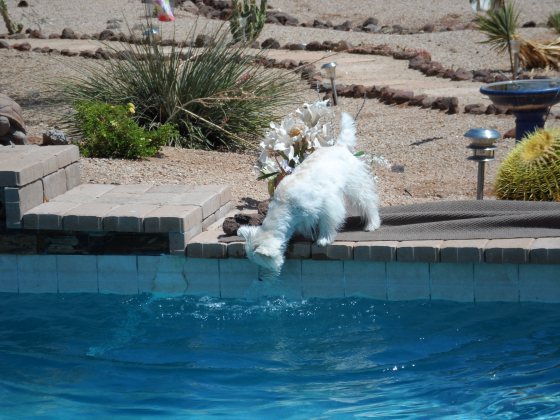 ← A friend came to visit
What do you get when you cross a Yorkie with a Yorkshire Terrier? →

6 comments on “We have relatives.”