A long National Dog Day-Bark in the Park plus more

Posted by Kismet on August 27, 2012 in Uncategorized

Since today is National Dog Day in the US and where He works had “Bark in the Park” where you could bring your dog to a ballgame, I assumed I was going since I missed last time (subtle hint-IT IS DOG DAY), but no. He went without me. Like the last time on May 27th (here’s the link to that  report), He diligently looked for Scotties, but with the same result. He kept asking and some said “Yes, we saw one” and He asked “where?”. “It was a little white dog with a woman”. We all know that was a dead end. Finally He resigned Himself to reporting for friends. If you’re not mentioned, He didn’t see one of your breed and He wasn’t going to insult Misaki with a picture of a Siberian Husky.

For my buddy Kenzie, we have Weston from Scottsdale

For Joules and Prescott He met Muffin from Phoenix

For my new next-door neighbor, Lilly, we have Savannah from Tucson

For my relatives, Bandit and Digger in Montana there’s Emily from Scottdale

For the rest of you, Reese and Mitch (Russells from Anthem which is close to New River) 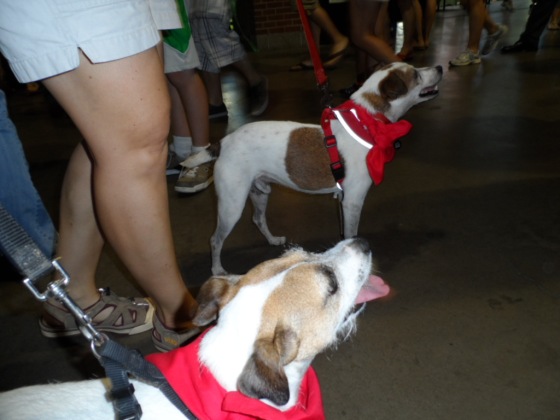 and Chor (Wire Haired Fox Terrier from Phoenix) represented you

Since He is not a photographer, the picture of the day was taken by the professional photographer who sits next to him, Michael Chow of the Arizona Republic 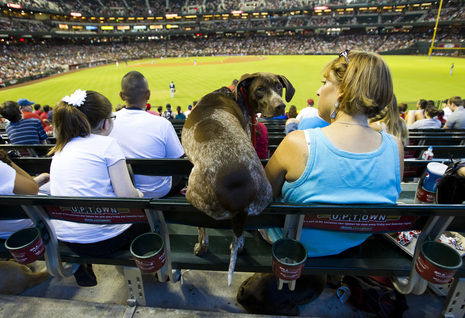 We had a surprise waiting for Him when He arrived home: 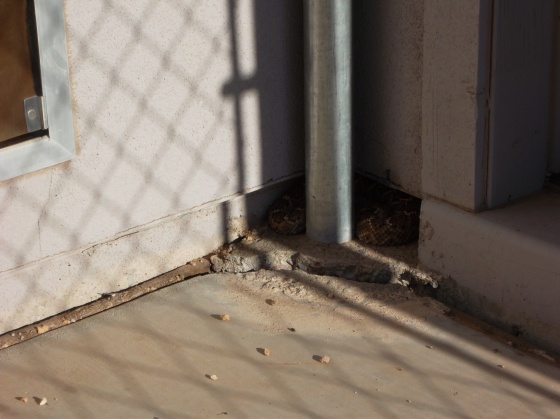 Can you see it in the corner in the shadow, seeking relief from the sun? Yup, it’s a rattler right outside my doggy door. You know how I hate to poo when it is wet, imagine what I think about pooing when a rattler could bit me on the butt. She was frantic and called our Yorkie friends. They said to make a non-emergency call to the fire department (only 2km or a bit over 1 mile away) and they’d remove it for free. She called.

The neighbors must have freaked because this is the first thing that shows up if you have a medical emergency. 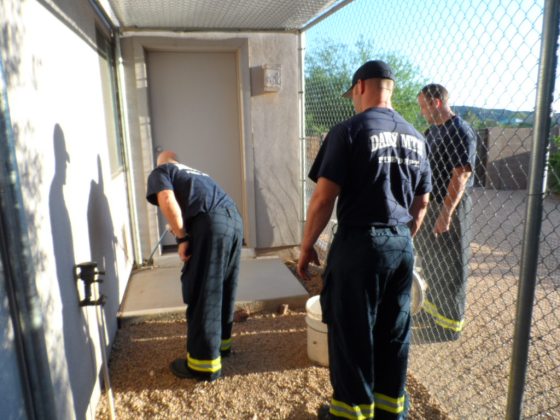 For them it was a simple matter to get the snake with the mechanical arm. 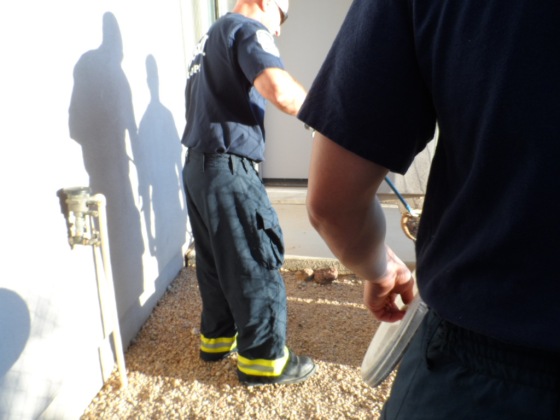 He couldn’t get too close to take good pix (He’s not a photographer) and He didn’t want to disturb these guys from the Daisy Mountain F. D. 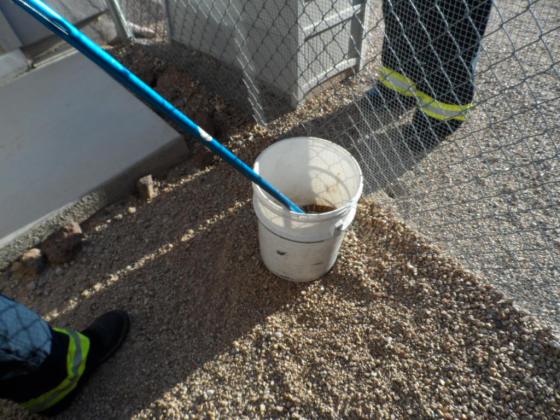 Into to bucket it went. 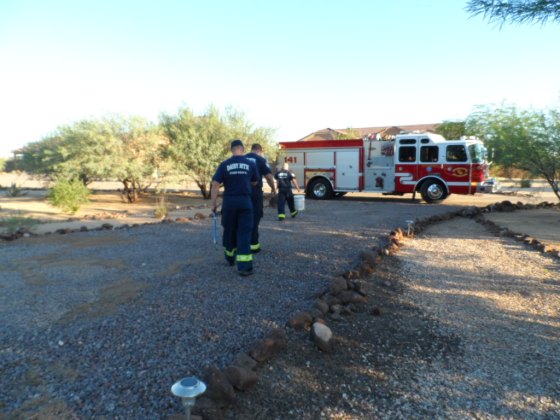 Off it went, to be released into the wild.

Well, that’s how my National Dog Day went, how bout yours?