Posted by Kismet on September 6, 2012 in Uncategorized 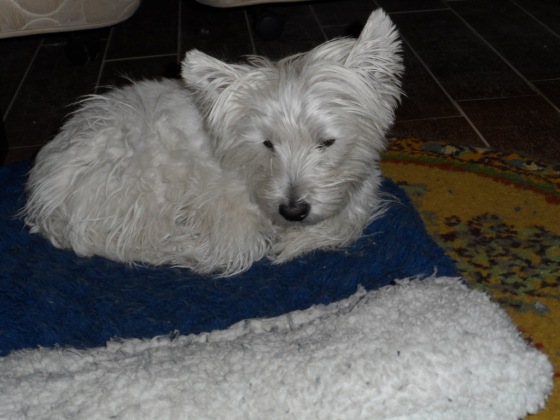 Kenzie has been on a plateau-a little up and a little down. We’ve noticed a pattern-he’s worse at the beginning of the month and better at the end. Putting my little Scottie mind to work, I thought there must be a reason why. Could it be that he gets paid on the first of the month and gets depressed paying bills? Nope, Kenzie has no finances. Then it might be the monthly heartworm med he’s given on the first of each month.  The stuff is literally poison and perhaps Kenzie doesn’t react to it well. Toxins are taken care of in the liver. We’re going to try an experiment-no heartworm med on the first of October. I’m the only other dog Kenzie who has contact with Kenzie and I’m still going to be on the med. Do you think you can get heartworms from rattlesnakes?

In other news, Lilly’s peeps are here for a visit. See here to refresh your memory. They’ll be here for a week and will return for the winter. They arrived on their motorcyles which they drove all the way from almost Canada. They forgot one thing-Lilly. Yes, Lilly couldn’t come with them. I don’t know why not, Lilly could have run along side the cycles and made it with ease and she doesn’t even have to stop for gas. Lilly’s peeps wanted to borrow Kenzie-they had canine separation anxiety. 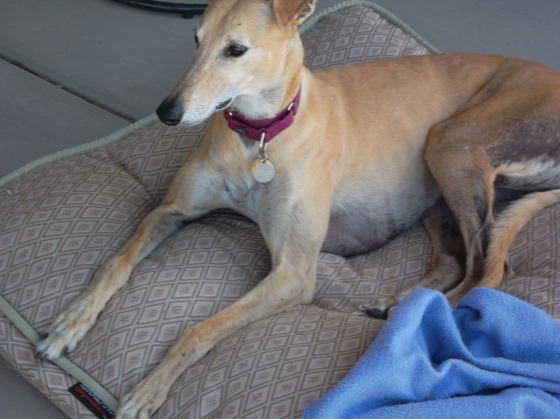 I remember the first time my peeps left me. They went to dinner next door. I didn’t like that so I showed them:

Yup, I tore the doorstop right out of the wall.  That was almost 10 years ago and before Kenzie. I’m older and not so destructive. Now I don’t have separation anxiety-I pick on Kenzie. When Kenzie’s asleep, I curl up with a good book and digest it. Those doorstops are hard on the teefers.

← Awards
How to make me happy →

24 comments on “We’re trying a new thing with Kenzie”