This is NOT good.

Posted by Kismet on October 17, 2012 in Uncategorized

Kenzie was on a special diet, and ALL plates were ALL mine. The new dog is a mooch pooch, just like me. I just found out I have to share. Share food, moi? See this? 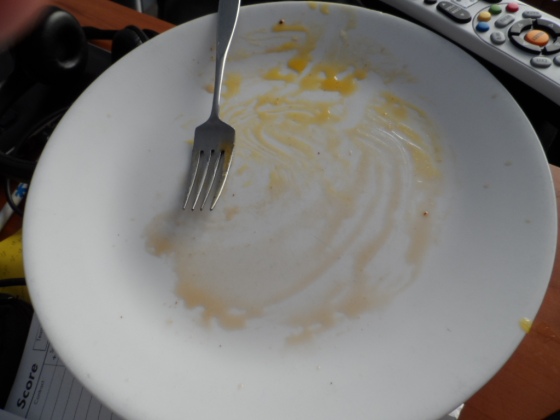 He just finished His eggs and here’s what we have-prime Kyla snacking material. In the past He would shut the door to His office to keep out the Kenzer and let me have it. But, not now. Here comes the food sponge on the lookout

She knows the plate is there as well as I do. But instead of just giving Him “the look” like I do, she puts her paws on His lap and already has “the look” down pat. Justice prevails, and I get the plate!

Wait a minute-what’s going on here? He took it away from me when I was only half done.

Oh no-He gave it to her to finish. The only worse thing that could have happened was that she got it all.

Name update. She is still deciding. There were good suggestions and She eliminated some because the name was either used by a family member or someone who visits us and that would be confusing. Some were similar (one was even close to His name and if She called out for the new dog to come, She’d have two goofballs appear with their tongues hanging out). I hope that She names the new dog soon. After I kill her for stealing MY food, she should be named for the obit.