Posted by Kismet on August 17, 2013 in Uncategorized

The longest car ride of my life. I understand that I’m going to break my personal record very soon on the way back. We didn’t have time to stop for much, but just for Sweet William, we actually tried to get a picture of the Salt Lake, it really didn’t work out but here’s the best attempt 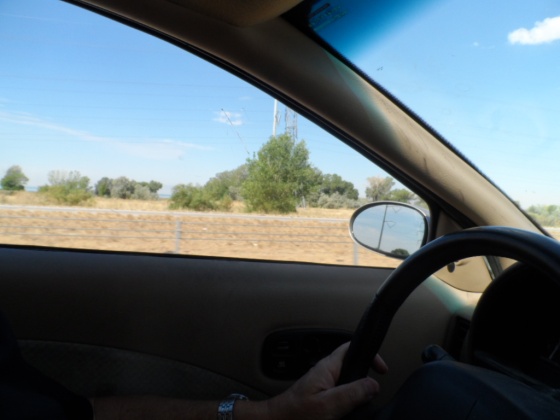 You can (maybe) see the lake beyond the greenery. We’ll be better on the way back but we couldn’t disappoint SWTS, who has a surprise coming up before then.  It was next to Idaho and the scenery was all the same, potato fields. Idaho prides itself on potatoes. Here’s a potato field for the curious 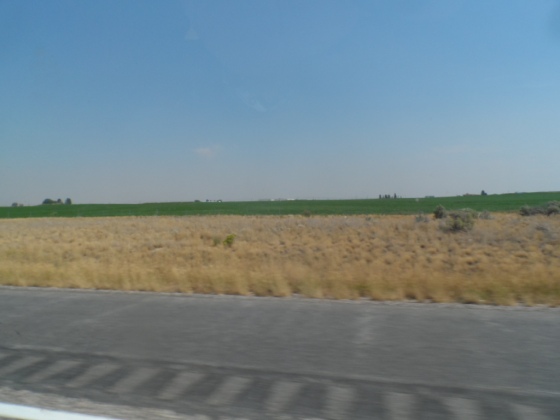 So what does He order for lunch in Idaho-where even the license plate proclaim “Famous Potatoes”? Onion rings, of course. He can get fresh potatoes for French fries and He wants onions. I’d expect nothing less from Him. He’s the type that would go to a fine restaurant in Paris and order a bottle of California wine because His father told Him that imported wine was better.

Then on to Montana. Just outside of Butte, there is a statue called “Our Lady of the Rockies”.  The point of interest here is that it is the second tallest statue in the USA after the Statue of Liberty in New York Harbor. 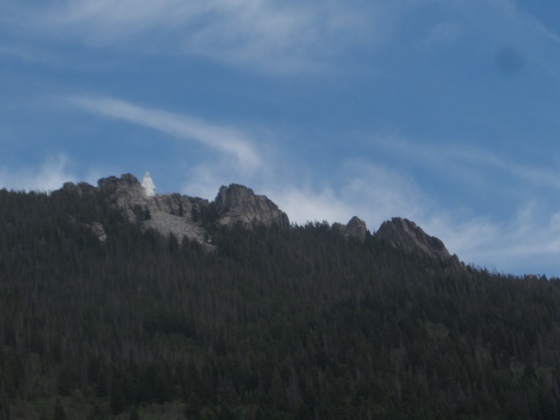 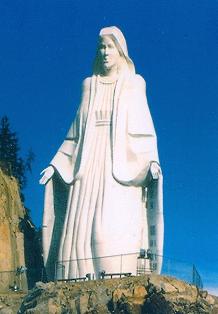 It’s dedicated to all women-especially mothers. I protest! I’m a spayed female and I had no choice in the fact that I can’t be a mother. It should also be dedicated to us! Pets of the world-unite!

20 comments on “On to Montana”