Posted by Kismet on September 14, 2013 in Uncategorized

Around here September is tarantula month. You’d think it would be at the end of October, but they have a mind of their own. For those who are new to the blog, we have our own species of taratulas-the New River rust rump. We love them-even She loves them and nobody could have predicted that. They’re actually harmless to dogs and peeps and eat the things we don’t like. One year, one even made it into the kitchen somehow and was on the center island-I guess our cooking isn’t THAT bad.  We ushered it outside where it could snack on the truly nasties like scorpions. This guy or gal (I can’t tell the gender of a tarantula and I imagine it only makes a difference to another tarantula) walked right up and said “Hi”. I guess he wanted to see the new saguaro arm. 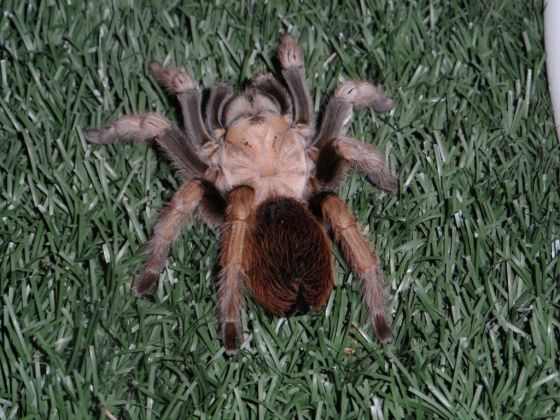 We haven’t seen a scorpion in a while so the spiders must be doing their job.

← I feel like a proud mother
This is beautiful →