Posted by Kali on January 26, 2014 in Uncategorized

Today I got to go on a hike with Tim and Melanie who live about 15 miles (about 25km) away along with Clarence, their dog. Plus, blogging friends from Ranch Run-A-Muck along with some of their 13 rescues. The humans are (these are their names for themselves): “Crabby” and “The Crazy Lady”

Both the Crazy Lady and He thought each other lived someplace else but actually they live on the same street! They’re about five miles apart (8 km) but you can’t drive there directly because the street doesn’t go through or over the mountain that’s between them. I got to go because Kyla has sensitive feet in the winter and booties don’t help. Kaci could have gotten sunburned (it was about 70F, 20C and very sunny). Mom stayed home with Kyla and Kaci.

This spot is only about 7 miles (10km) from where we live. When we started hiking, there was civilization 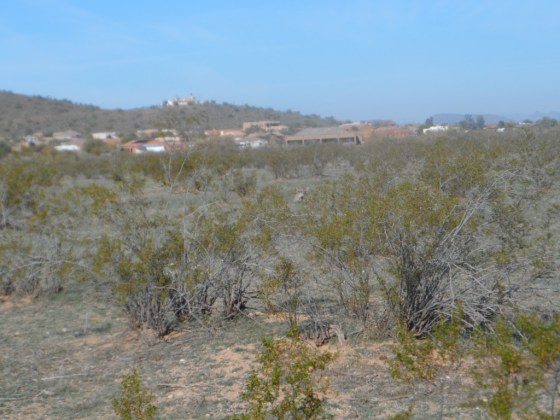 but we left that behind 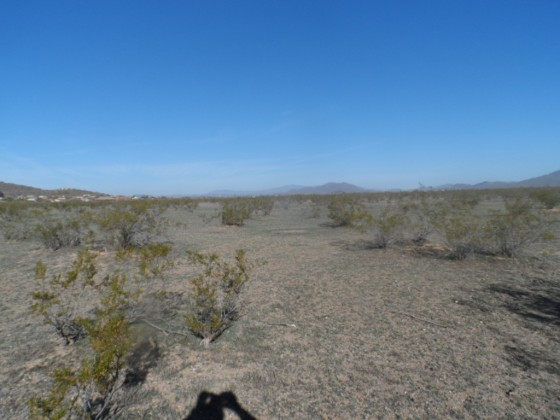 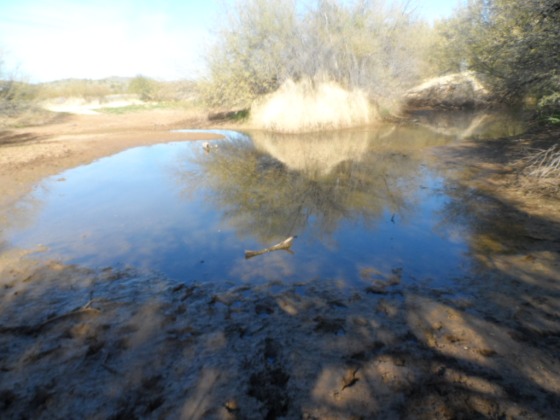 One of Run-a-Muck’s dogs is my new sweetheart, his name is DASH!

Also along was Emmi, a very sweet pit bull rescue

We weren’t the only ones out here

Kyla would have gone bonkers at the horses.

I felt discriminated against. Every other dog was allowed to run free-but not ME? Can you believe that?

There was also a dog that was very similar to Kaci and her name is Gracie. Bad news, I don’t have a great shot of her because she was always away doing her own thing (like I should have been allowed to do). Gracie is  the one at the top where her head isn’t shown.

There wasn’t a growl or any unpleasantness in the entire morning. I know that we dogs would be fine but I’m proud of the humans-I was worried about them.  I want to do this again.

36 comments on “I love it when Bloggers get together”