Posted by Kismet on May 1, 2014 in Uncategorized

Update to the update-  Kali was worse so we took her back to the vet early afternoon. He x-rayed for something stuck in her gut but found nothing unusual. He gave her a nausea shot because she vomited for the first time. We just brought her back and she’s better and drank water for the first time. We hope it just goes away and isn’t something more serious like pancreatitis which I remember from a year ago and not fondly.

Kaci was scheduled to do rattlesnake training this morning. Kali had a bad night and wasn’t herself. So Kaci went wth Her to rattlesnake school and Kali went with Him to the vet. Kali had her weight taken (it was OK), temperature taken (it was normal) and was waiting for the Doc when She and Kaci came in after school.

The Doc suspects Kali ate something like a bug which upsets her digestive system and should pass. Kali didn’t eat breakfast but was OK with treats. We’ll let Kali take her time to get over it, as the vet suggested.

Then the discussion came about me. I was home but my ears were burning so I concentrated and listened in. The Doc was pleased with my blood work-the best it has been for a while. The crucial point about the blood work was my thyroid hormones. There were two tests run to measure this. Evidently one said I was in the OK range albeit at the lower edge. The other says I’m below the OK  range. The Doc will consult with an internal specialist today and let us know.  I continue to get ear drops and antibiotics but it is too early to tell if they’re working or not.

I have to give Kali instructions on how to ride in MY Scottiemobile. She didn’t want the throne (dog bed on the passenger’s seat) but wanted down in the leg area on the driver’s side. He had to position Kali up near the seat so that He could operate the car-it’s bad enough with an automatic, but with a 5-speed? Kali has no idea of how to operate the clutch when she’s down there. 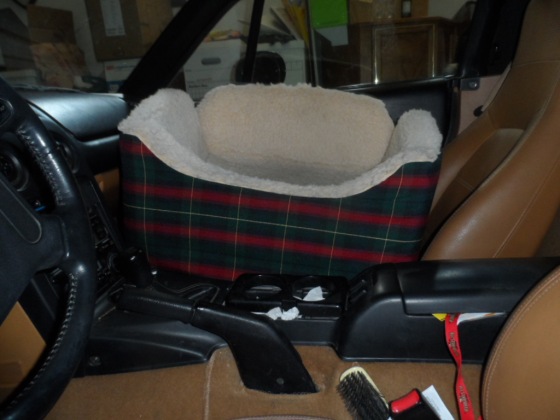 Kali is still crawling on her stomach. Maybe she also went to snake school today-and learned how to act like one. 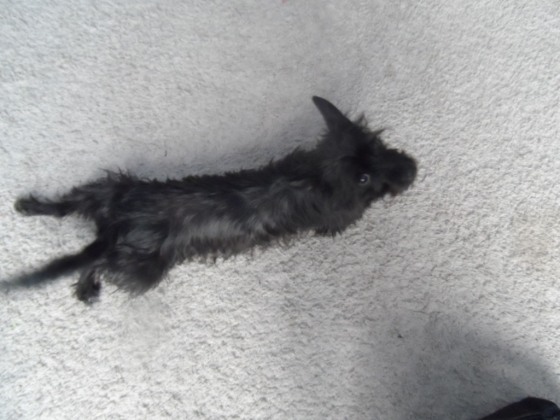 ← I got tricked
Quick Updates →