No Doggy Door at Night for a while

Posted by Kismet on August 27, 2014 in Uncategorized

UPDATE Number 1: Our mixed up friend, Heather Carter, won yesterday. She got about 38% and her 2 opponents got 31% each. She runs in the final in early November. There may be more updates to come.

The latest I’ve heard is that Carter will win and Carter won’t win. For those interested, Ducey beat Bennett.

We found out that our little buddy, Karma is a Sonoran Desert Toad. That means that she’s poisonous but only if ingested. Now Kaci and I wouldn’t do that to Karma, but Kali…..

Last night while He was at work, Kali was in the dog run which is just on the other side of the doggy door just under the window: 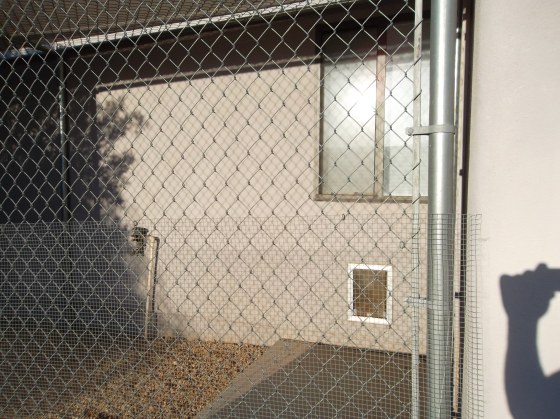 She was trying to get to a tarantula (we have our own species, the New River rust rump) who made the mistake of wandering into the run. 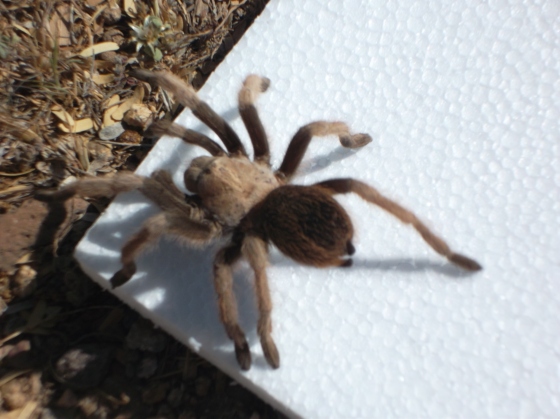 We’re closing off the run at night so she won’t encounter the spider. No, it’s not to protect Kali-the spider is harmless and we love our tarantulas-it’s to protect the spider from that relentless hunter, Kali. Tarantula season ends in October when the weather turns colder although some hang around to participate in the Halloween festivities, they feel that they belong in them. Then they go into a hole and hibernate.

43 comments on “No Doggy Door at Night for a while”