Posted by Kaci on December 25, 2014 in Uncategorized

This is the first Christmas that the house didn’t contain Kyla. They had the house built and moved in in the middle of April 2002. Kyla came in late December 2002. The humans here decided to blow the Christmas budget on

– the rescue group that saved Kali

– the rescue group that saved me.

We each got a small stuffie that won’t last long.

There were two other presents under the tree.

One was from the lady who lost her dog, Sadie, on Monday night from an unexpected heart attack. Sadie was only five years old. Diane has been busy reading your emails and answering them. It’s been good for her. I hope she read this book before giving it to us because we lost Kyla 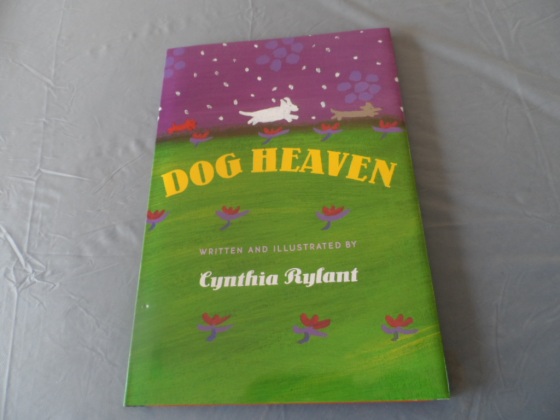 We won’t give it back to her because she wrote in it that it is in memory of Kyla.   Thank you, Blogville. It wasn’t a great Christmas for her but you guys made it a lot better than it could have been.  She was surprised that those whom she never met and probably never will were with her. That’s Christmas.

The other present was from Easy the weimaraner from France. It’s going up on the mantle in our place of honor. 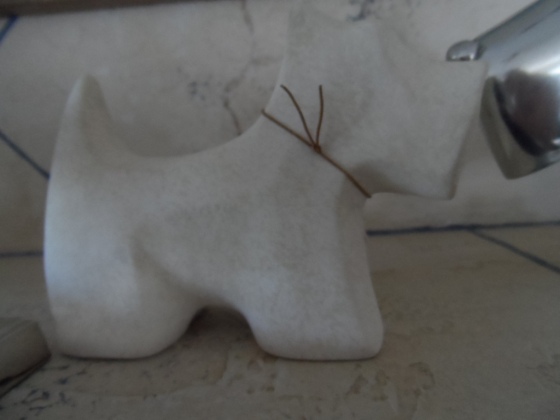 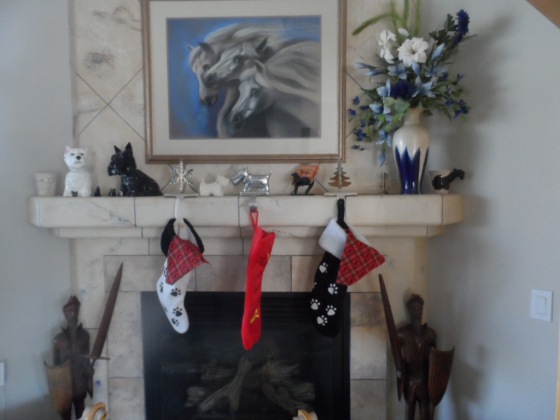 It was sent on 12/12, a week before Kyla left us, and Kyla was 12. It is going to stay there all the time because it was a gift from the heart and not seasonal. It wasn’t part of a gift exchange-it just appeared in our mailbox on Christmas eve. Merci beaucoup, Easy.

We’ve been reading all your blogs, but have left few comments. Tomorrow, we open the packet that Kyla pawed me as she entered the Scottiemobile for her final trip.

It is still Christmas morning here and we’re waiting for (as the song goes and dyslexially altered for our guinea friends) some Christmas piggy fudding.