Kali can fool the peeps but not this bird

Posted by Kismet on December 8, 2015 in Uncategorized

The peeps decided that they had enough-it was time for Kali to go to the groomer. Kali knew what to expect and knew that the groomer always gave a report card. 30 minutes before she was scheduled to go, Kali borrowed my black pen and my roll of tape.

Evidently on the way over, Kali wouldn’t stay in the dog bed of the Scottiemobile and went down in the well in front of the driver’s seat.  In a car this size, the well isn’t big and it’s a stick shift so there are 3 pedals to be depressed and released. It was a lightly travelled country road so there wasn’t any danger. She got to the groomer and started whining more than usual.

She was left there for an hour. On the way home, she was back in the well. After arriving home she demanded treats. 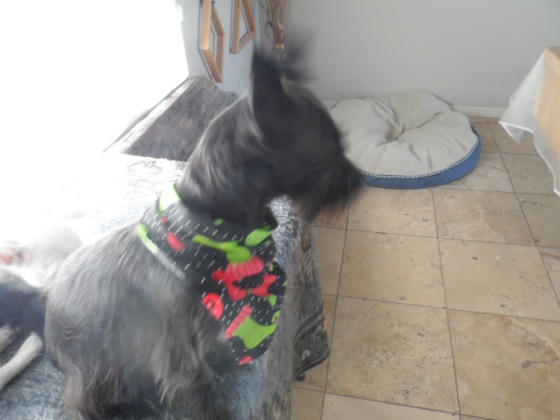 The peeps wanted to see the report card. Kali had already returned my pen and roll of tape.

← Those Cheating Peeps.
Farewell, our friend. →