We just lost a great friend

Posted by Kismet on January 7, 2016 in Uncategorized

We got an email from our next door neighbors. They told us that the dog of their lives had to go to the bridge.

Lilly wasn’t well lately but she had new meds and was seizure free for over a month. You can tell by the 2012 picture above and the recent one below 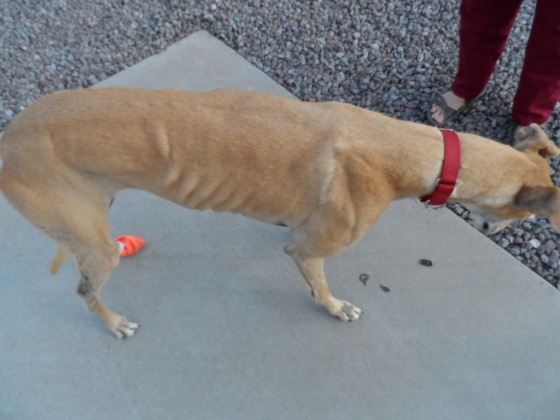 We found out from Lilly’s peeps in an email:

Wednesday morning we had to let go of Lilly. She began cluster seizuring Sun nite and then after I got home Monday afternoon it started again. We ended up getting her to the vet to get Valium injections to stop them. They were quite violent and unlike the previous ones. Came home with more Valium, had another at 10:30 and got it stopped with Valium but again at midnight. We brought her to the amazing emerg clinic on Cave Creek and 101.

We were hoping we could get the clusters stopped but were unsure of what brain damage occurred. She progressed a bit but the consensus of those vets were what I suspected. The reason of the seizures were taking over and I couldn’t let her continue in that confused state although she tried hard to lick a frosty paw Tues.

By Wed morning we felt it was time to let her go. We are beyond consoling and Pat is a mess.

We had planned to go skiing at Brian Head with grand boys when she had gone 33 days without a seizure. So we had to get out of that house so we went. Will be back probably tomorrow night.

As you know, it hurts bad, especially when there is no other dog to care for at home.

Just wanted you to know and that we won’t be able to talk about it as we start crying….

So, Blogville, please send Lilly’s peeps an email. It doesn’t have to be long and involved but please mention where you are located. It would help Lilly’s peeps to know that  they’re not alone and people care from all over. They don’t have a blog but read this one.

Lilly was a rescue greyhound. She actually walked three times and was last all three.  Lilly was a much better friend than a racer. Kenzie, Kyla,  Kaci and Kali all liked her. Kali stood on her hind legs to give Lilly face licks.

Not only are Lilly’s peeps devastated but we’re getting a body blow a week. Stuart, Kyla’s one year anniversary and now this.

69 comments on “We just lost a great friend”