Posted by Kismet on October 21, 2020 in Uncategorized

Peep here. In January 2014, we got the news that Kyla had melanoma wouldn;t last out the year, We looked for another rescue Scottie, but there weren’t any. On the way home, we stopped at a PetSmart that was in walking distance from PetSmart corporate HQ to see if they had any. We were shown a Scottie mix who looked like she could really use a home. When we found that her name was Cali that sealed the deal. We took her and changed a letter in her name to Kali, not that she’s know the difference. Kali was a little wild. The female peep said that she wasn’t a dog, but a monster. The male peep said to give her some time. We found out later that she was adopted before and returned because she was “too wild”. Witin a week, she was voluntarily going under the covers at night and sleeping next to the peeps. She’s great but the nickname “Kali Monster” has stuck. She doesn’t care what you call her. Happy Birthday,, Monster.. 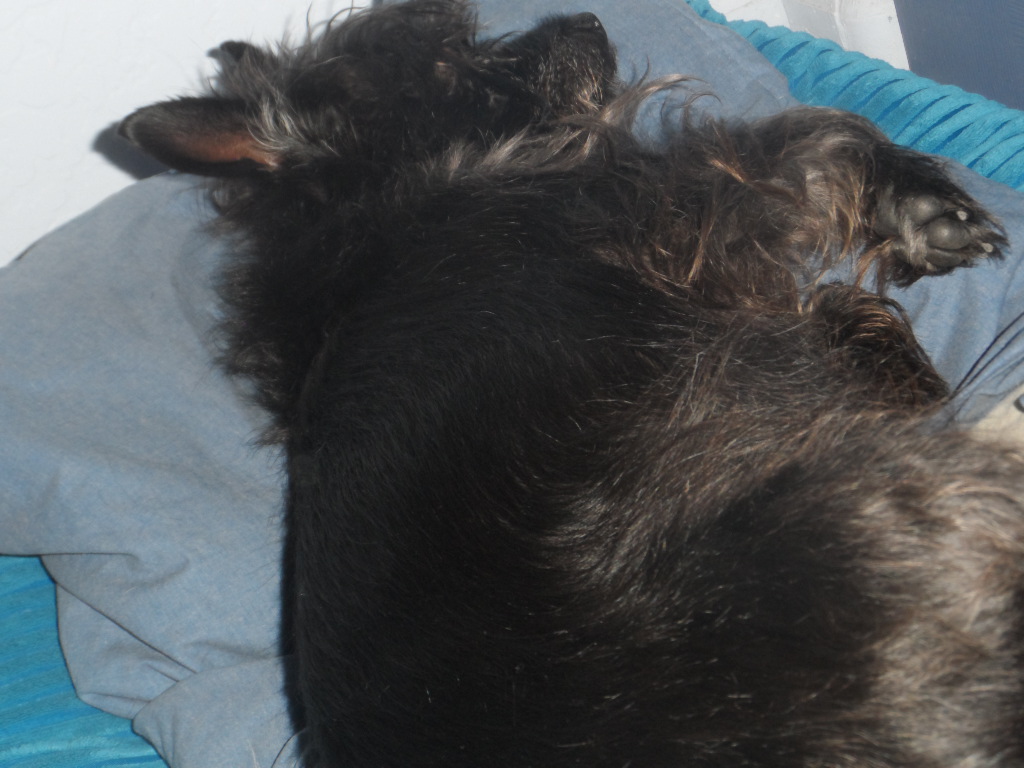